Diane Johnson, author of Le Divorce (most familiar to me) and more than a dozen other books, pulls together her writing life and a story about those family members who came before her to shape her path. From a family that's been in the Midwest for generations, Johnson writes in Flyover Lives about a solid, no-frills upbringing, the results of family research, her life as a writer, her life as a single mother with young children and her current life with grown children and the freedom to travel with her husband. Johnson's book is divided into three sections: her life growing up in Moline, Illinois, the stories of her Midwestern ancestors and her writing life and more recent years.

I found Johnson's writing style to be in keeping with her upbringing: good stories told adequately but without all the flowery language. She presents her stories factually and honestly, and doesn't delve too deeply into her own inner workings. That's not to say that her stories aren't painting a picture of her life. They are, and in a way I really enjoyed reading. Johnson's early life in Moline is one that is different, simpler and more innocent than what children experience today, and it's nice to read about an upbringing like that. It was interesting to read about the family history she has uncovered and how it has helped her realize the good lot from which she comes, and the characteristics of her ancestors that she's inherited. I like the dichotomy of her life in Moline paired with her lives in other places, the premise for this book I think: Paris, California and London.

There were times I had trouble finding the string that should hold the memoir together. Beginning and ending the book with a recent house party in France were in the right place as bookends to prop everything up, but there were places I got lost in the middle. But there were things I enjoyed immensely: the anecdotes and the stories of how a writer became a writer.
Three out of five stars

If you liked this book, you’ll like Bird by Bird by Anne Lamott and Lunch in Paris: A Love Story with Recipes by Elizabeth Bard.

Book Review: Shadow on the Crown by Patricia Bracewell

The story starts in 1002. Aethelred, the king of England, is seeking a second wife after the death of the queen, who produced for him many children. Fifteen year-old Emma from Normandy has been selected, even though Emma believes her older sister is a better choice. With a handful of familiar Norman faces, Emma makes the journey to England to meet her husband. She quickly realizes that hers won't be a marriage of love, but put in place for one reason: to produce an heir to the throne. Aethelred already has several sons of age to assume the throne if Emma doesn't produce a son quickly enough. One of the problems is Emma is tempted by one of her husband's sons. As a result, she must use her best judgment and cunning to make sure she keeps her position as the queen of England. Elgiva, a member of the court, has her eyes on the king, so Emma has a delicate balance to maintain.

I really liked some aspects of this book but had a hard time with others. The story is paced very well, and I kept the pages turning to see what was going to happen with the characters as the plot progressed. The author wrote several scenes from the perspective of more than just one character present, so I liked that you got to know what more than one character was thinking. What I struggled with as a modern-day reader is the misogyny in this book. It was frustrating at places in the story to know that the female characters were pawns in a male game. Since this book is the first of a trilogy and I have good faith that Elgiva and Emma are worth their salt, I would be interested to see how the series turns out in hopes that the two win in the end.


Three out of five stars

If you liked Shadow on the Crown, you’ll like anything by Philippa Gregory.

It's Monday. What are you reading? 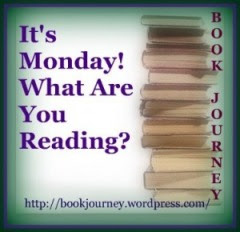 This event is hosted by Sheila from Book Journey. Go check out her blog.

Here's what I've got on tap for this February 10th week:

For the classes I'm teaching: Tim O'Brien's The Things They Carried and Of Mice and Men by John Steinbeck.

For upcoming review: Shadow on the Crown by Patricia Bracewell.

What are you reading?
Posted by betsy at 7:22 AM No comments:

Labels: book review, historical fiction, It's Monday. What Are You Reading?

Lieutenant David Parker, an American born to missionaries in China, has a distinct advantage: he's an American soldier in China able to speak the language and have the cultural understanding needed to work well with his fellow Chinese soldiers during World War II. Parker and his fellow soldiers are on a mission to ward off their Japanese invaders. However, China's government is losing interest in the war and Parker has been stuck at a desk job for longer than he'd like. Parker is able to join up with Dixie Mission, a group of Chinese and American soldiers that are headed through the countryside toward Yenan, a known hotspot for Communists. Not all of the Chinese soldiers welcome Parker and his fellow American soldiers. One in particular, guerrilla soldier Lin Yuen, wants to keep Parker at a distance while he carries out their mission. The walls that keep these men apart begin to come down after several shared and horrific experiences. Parker and Lin soon come to depend upon one another and form a lasting friendship.

I have to confess that though I'm fascinated with World War II, most of what I know about it centers around the involvement of the United States and European countries. I know only a little about what occurred in the Pacific, and outside of Europe. I was very interested to learn more. Though I need to do more learning about China's involvement in World War II, this book gave me a window in on the complexities of the issue. In addition, I need to read more about the 1949 revolution because I began to see how these two conflicts relate in Two Sons of China.

I liked the action in this book. The anticipation really kept me going. I liked reading about the missions of Parker and his men, and their camaraderie. I knew the group could happen upon Japanese soldiers at any moment; waiting for that had me holding my breath. I liked David Parker, the protagonist, but I wanted his character to be developed further. I saw his weaknesses, which helped him feel realistic, but David's overcoming his addition felt shallow. Katherine was a strong, well-developed character but her relationship with her friend An Li felt forced and unrealistic. I was suspicious of An Li from the beginning and I struggled with my feelings that Katherine would have been smart enough to steer clear of trusting people by sniffing out their less-than-genuine intentions.

I'd recommend this book for a World War II enthusiast who likes a boots-on-the-ground kind of story, particularly for one interested (like me) in knowing more about the parts of the war we don't always hear as much about.

Three and a half out of five stars

If you liked this book, you’ll like Unbroken: A World War II Story of Survival, Resilience, and Redemption by Laura Hillenbrand.